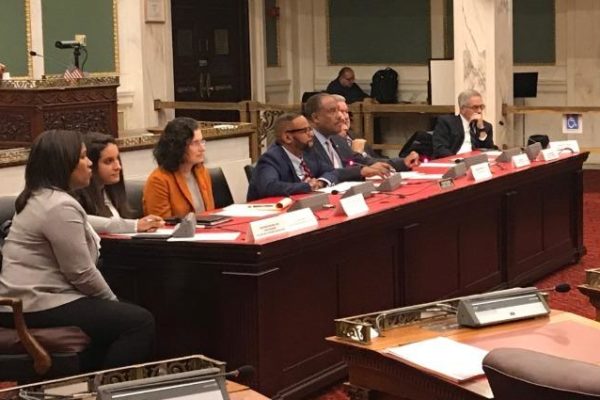 PHILADELPHIA (KYW Newsradio) — Philadelphia’s Special Committee on Criminal Justice Reform held a hearing Monday night on an innovative approach to reform that makes the community part of the justice system.

Participatory defense is a pilot initiative that includes intervention by the Defender Association of Philadelphia, the Philadelphia District Attorney’s Office, courts, and the community. The program pairs individuals accused of a crimes with stakeholders that provide support by walking the defendant and their family through the criminal justice system. It also provides prosecutors, defenders and judges with a clearer picture of the person behind the alleged crimes.

“We see it as criminal justice reform at its finest,” said Keir Bradford-Grey, chief of the Defender Association of Philadelphia. She calls the effort “pre-entry” versus “re-entry.” “We’re figuring out who doesn’t need to go to prison; who can be worked on before that.”

Bradford-Grey said law enforcement often make decisions without all of the facts. Participatory defense helps defendants get services and support that will allow them to deal with the issues that caused them to come into contact with the criminal justice system in the first place.

“This doesn’t just achieve public outcomes. It also increases public safety,” said Bradford-Grey, noting that the outcomes mean defendants are less desperate and bitter after contact with the system. It also it helps shift lives in a more productive direction.