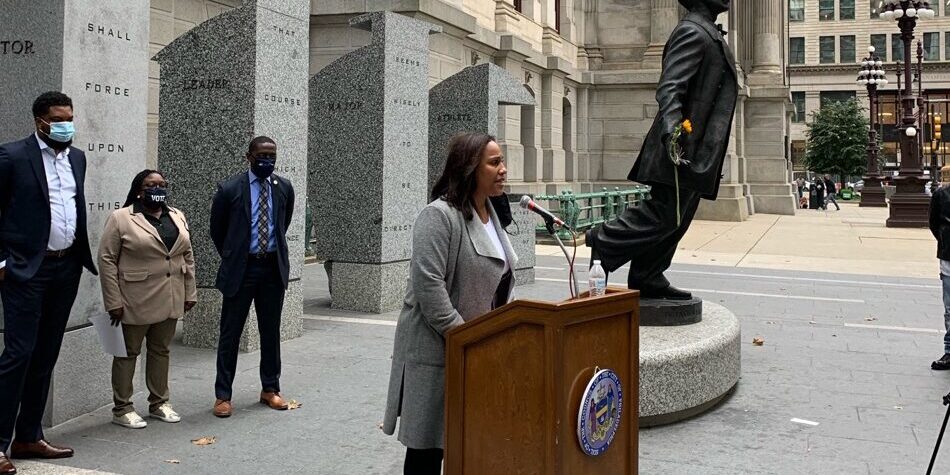 PHILADELPHIA–Councilmember Thomas will introduce this bill aimed at combating the issue of Driving While Black. 43% of Philadelphia residents are Black but Black people make up 72% of the drivers pulled over for alleged motor vehicle code. After the stop, Black drivers are twice as likely to be searched but are 35% less likely to be found with contraband.

“I’ve been pulled over more times than I can count and it never felt like it was keeping me or my community safer,” said Councilmember Thomas. “We need to improve police-community relations and, at a time of economic crisis, ensure that we are not wasting a single dollar of taxpayers’ money. My Driving Equality Bill will promote fairness, safety and efficiency and reduce the number of people pulled over for ‘fitting a description’.”

Under the Driving Equality Bill, police officers would no longer be able to stop a driver for a trivial code violation that does not pose a risk to public safety, such as tinted windows or a missing tail light. However, officers would still be able to stop a driver for dangerous violations, such as driving while intoxicated. Philadelphia needs to improve police-community relations and, at a time of economic crisis, ensure that we are not wasting a single dollar of taxpayers’ money. The Driving Equality Bill (the first bill of its kind out of a major city) will achieve these goals.

“By allowing the police to focus on more serious motor vehicle code violations and real crimes, the Driving Equality Bill will reduce the opportunities for the tension, conflict and tragedy that too often happen when traffic stops go bad,” said Chief Defender Keir Bradford-Grey at the Defender Association of Philadelphia, “It’s exciting and inspiring to see Philly’s leaders taking bold, proactive and progressive steps to take the targets off the backs of Black people. We look forward to seeing Councilmember Thomas and others on policing and other justice system reforms that are more fair, more cost-effective, and more impactful on public safety.”

Law enforcement has claimed that motor vehicle stops are a good tool for keeping communities safe. Police officers have continued to use motor vehicle stops while Philadelphia has seen a record number of homicides and instances of gun violence – this is an inefficient and ineffective practice. On average, only .147% of motor vehicle stops result in the discovery of a weapon.

The Driving Equality Bill will be introduced in City Council this Thursday, October 29th, by Councilmember Thomas and is cosponsored by Councilmembers Jones, Gilmore Richardson, Quinones-Sanchez, Brooks, Johnson, Gauthier, Gym, Parker and Henon.