Keir Bradford-Grey to Step Down As Chief Defender 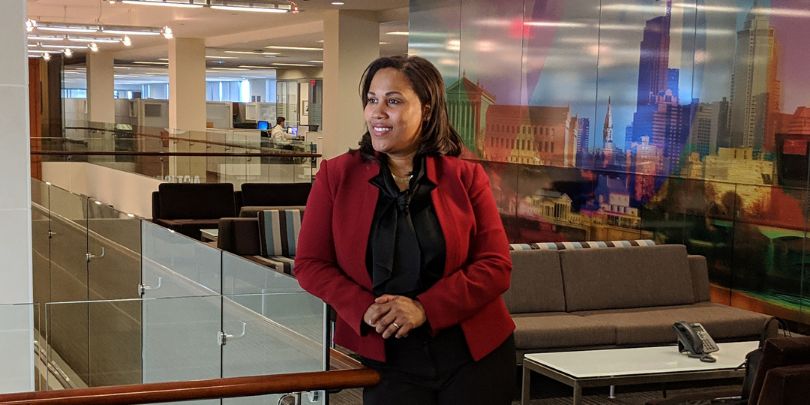 PHILADELPHIA–Keir Bradford-Grey will be stepping down from her role as Chief Defender. Bradford-Grey announced her resignation in a letter to the Defender Association’s Board of Directors on March 15.
Bradford-Grey began her legal career at the Defender, where she worked from 1999 to 2007. She returned to lead the organization in 2015. In her resignation letter, she recounted some of the highlights of her tenure as Chief Defender, including success in redefining the role of public defenders, and efforts to empower communities to play an active role in justice system reform.
“Over time, we have changed the function and the narrative of how our work contributes to enhanced public safety–evolving what had historically been a reactive role to our criminal justice system into an expanded service, with a proactive role in our justice practices,” she wrote.
“The Defender’s mission has always been to provide the best representation for our clients. Keir greatly enhanced that mission during her time as Chief Defender,” said Paul Hetznecker, President of the Defender Association’s Board of Directors, “Thanks to Keir, the Defender Association has been able to establish an unprecedented collaboration with the community, one of the keys to real criminal justice reform.”
During her tenure as Chief, the Defender Association forged closer working relationships with City leaders, providing insights on effective strategies for justice system reform. She writes, “These efforts have gained us the respect and value we deserve from our funders, who supported and increased our budget to allow us to develop our presence in multiple areas of growth, from our national profile to our local community service.”
Hetznecker: “Thanks to Keir’s tireless efforts, the Defender has been able to secure much-needed financial support and achieve increased recognition for the outstanding representation of indigent clients provided by Defender lawyers and staff.”
Keir Bradford-Grey’s last day as Chief Defender will be April 15, 2021. First Assistant Defender Alan Tauber will serve as the Interim Chief Defender while the Board conducts a national search for the next Chief Defender.
# # #
Categories: Criminal Justice Reform, Featured, Press ReleaseMarch 19, 2021