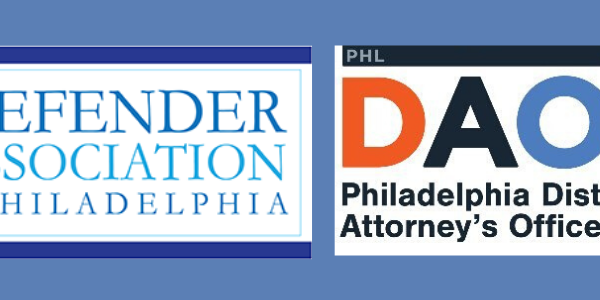 PHILADELPHIA– “The Defender Association of Philadelphia and the District Attorney’s Office are glad that the First Judicial District is finally ready to do expedited reviews of specific categories for release from jail. But neither the number of cases nor the timeline proposed by the FJD will be enough to significantly reduce the jail population enough to stop the spread of COVID-19 in our jails and prisons.

“Our efforts to safely reduce our jail population began in early March when we met with the courts to express our concern about the pandemic. Since then, the Defender and the DAO have worked together to identify seven categories of inmates who could potentially be released from jail without impacting public safety, including people who are being held for technical violations of probation; people who have already served their minimum sentence; and people who are detained on less than $50,000 bail.

“Those charged with sex offenses, crimes of violence, including gun offenses, and the sale of drugs weren’t included in our proposals.

“The FJD has agreed to review cases in just three categories, amounting to about 7% of the jail population, and won’t begin hearings until next Tuesday. Our proposal would have granted immediate case reviews for more than 2,000 incarcerated people, nearly half of the jail population, which would allow for the social distancing necessary to slow the spread of COVID-19.

“Other jurisdictions have worked far more aggressively to reduce their jail populations. Over the last two weeks, Kentucky has seen a state-wide reduction in jail inmates of 28% and the 15 largest counties in Colorado have reduced their jail population by 31%. Even the troubled Riker’s Island’s jail population is below 5,000 — roughly equivalent to ours, although New York is home to five times as many people. Meanwhile, Philadelphia has seen only a 5% reduction since courts were closed on March 17th.

“Though we often find ourselves on different sides of the courtroom, the District Attorney’s Office and the Defender Association are united by our commitment to do all that we can to prevent unnecessary suffering and death due to a global pandemic that threatens every one of us. Walls, bars, and borders mean nothing to this coronavirus. In order to protect as many Philadelphians as possible from COVID-19, our courts must take immediate and bold action and become part of ongoing comprehensive and collaborative public health and safety efforts.”
# # #
Categories: Community Partnerships, Criminal Justice ReformApril 3, 2020